Armed with nothing but a brave face and the will to succeed, over 30 brave individuals took off their shoes and walked across a pit of Lego all to raise money for Kidscan. 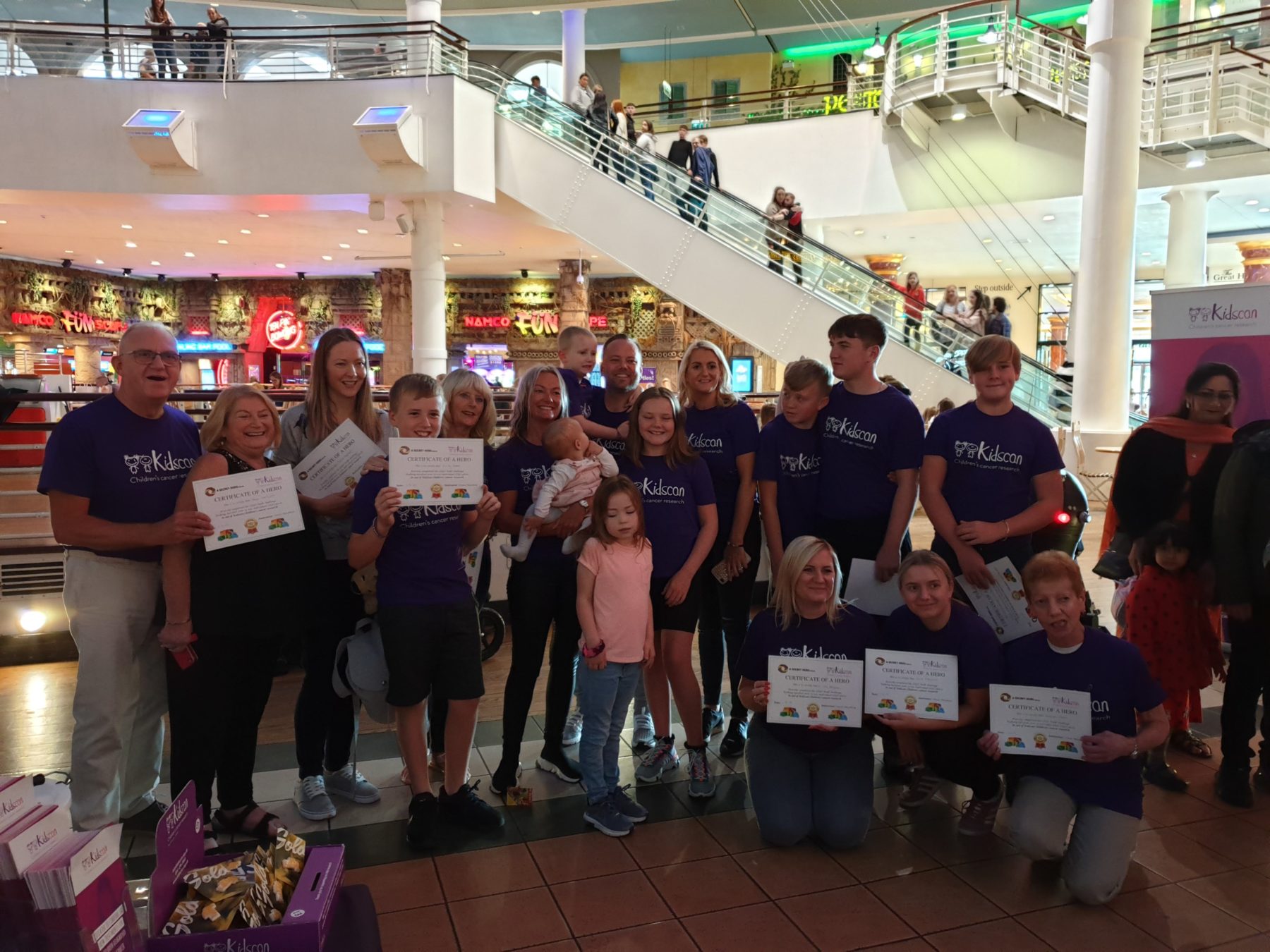 Amongst the Lego Walkers was 6-year-old Isla, and her family. After undergoing treatment for Kidney Cancer, Isla’s family decided to take on a range of fundraising challenges to raise money for charity. With no encouragement brave Isla walked across the Lego Walk not once – but twice!

Inspired by the bravery of our supporters – we even managed to take on the Lego Walk! 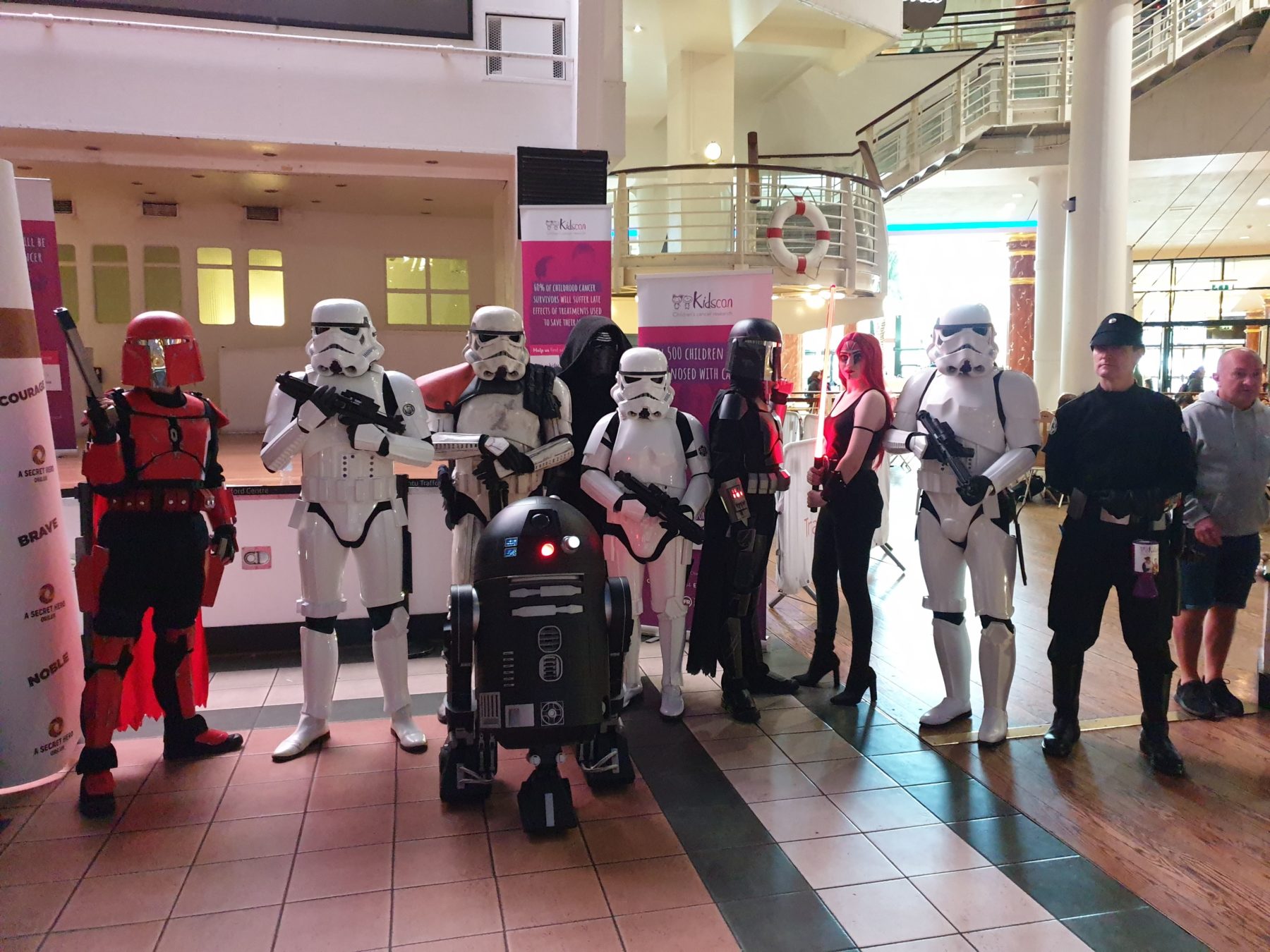 Dressed as Stormtroopers and accompanied by a remote-control robot – the 99th Garrison joined us at the Trafford Centre to help raise money and awareness – drawing in the crowds to pose for photos.

“As well as our brave supporters, we would like to say a huge thank you to everyone who helped to make the event a huge success including The Intu Trafford Centre, The 99th Garrison, The Secret Hero as well as Lego Land and Laser Quest who donated some fantastic prizes.”

Kirsty Leigh, Operations and Marketing Manager added “What an amazing way to mark the launch of Childhood Cancer Awareness Month and our #GoldFor campaign. The awareness raised that day will go a long way to helping us raise awareness of the issues surrounding childhood cancer”

The event brought in a fantastic £1692 with donations still coming in!