Just two weeks after her second birthday in September 2012 Emilie was diagnosed with stage 4 hepatoblastoma (liver cancer) Unfortunately she also had metastasis in both her lungs and very quickly we learnt that as well as needing intensive chemotherapy, she would also have to under go and Liver transplant in order to get better. The words cancer and chemotherapy were hard enough to digest but now organ transplant too? How could this be happening? 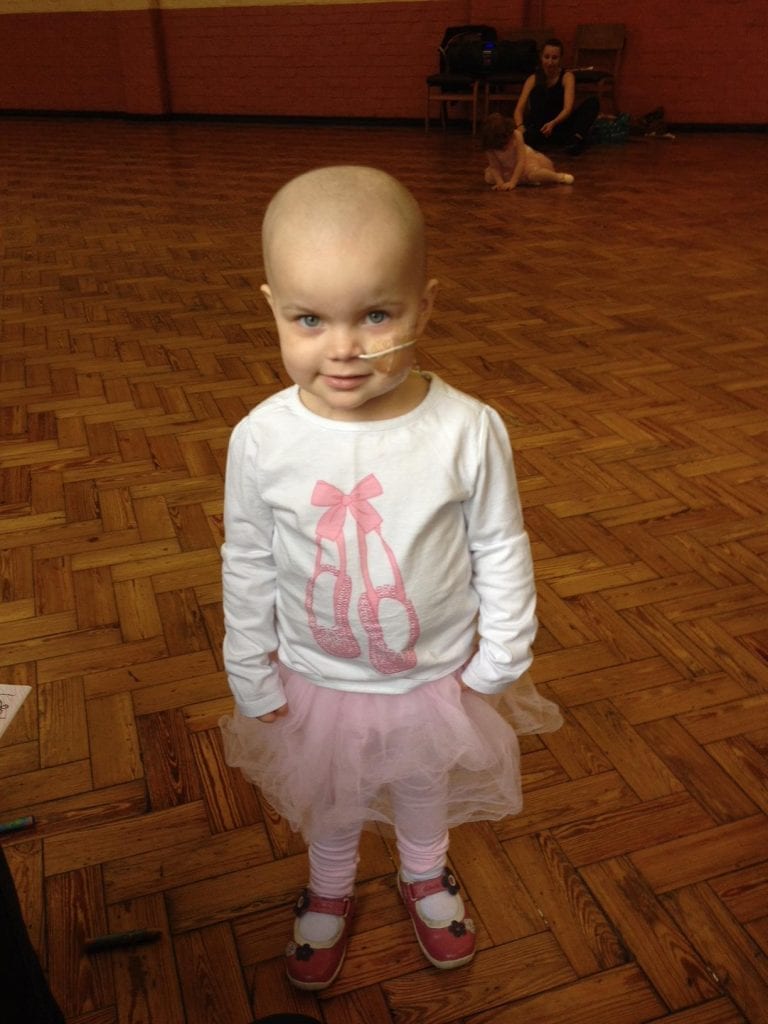 Emilie began chemotherapy but within the first week she became critically ill and ended up on life support, due to her tumour bleeding internally and filling her abdomen with so much blood is began putting an immense strain on both her heart and lungs, and sadly she resembled a pregnant lady. She was so poorly that we were told to prepare ourselves for the worse and called in family to say their goodbyes just in case. The medical team at RMCH worked miracles! She was too poorly to go anywhere so they set up a mini theatre right there in the PICU to insert an abdomen drain and through the skill, dedication and expertise of the staff after two weeks the ventilator was removed and she was able to continue with her chemotherapy and move back to the oncology ward where she would remain for the next three months but due to the effects of the bleed she had to learn to do a number of things again, including sitting, eating, and eventually learn to walk again. 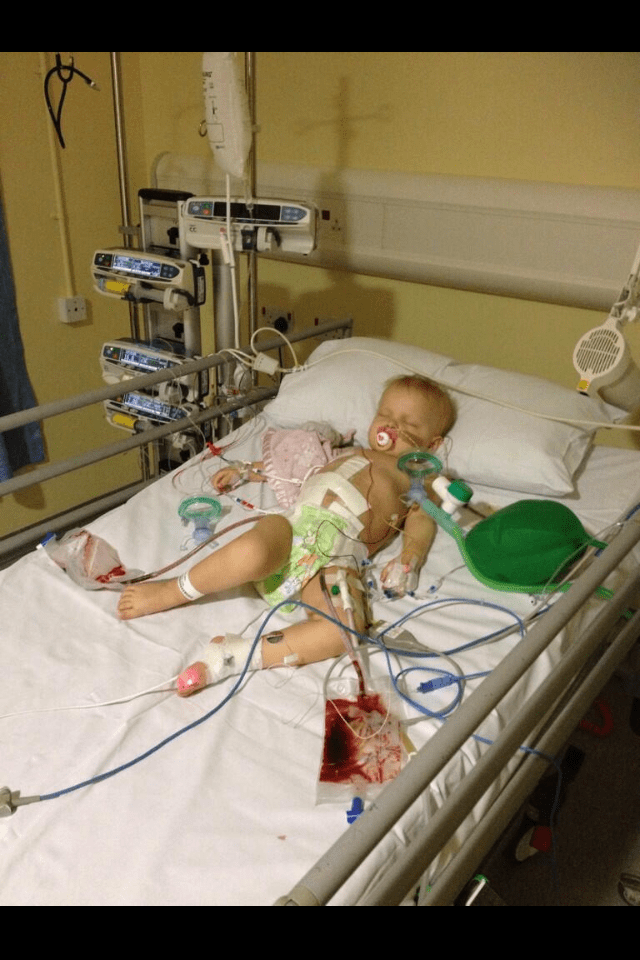 Just after Christmas we left Manchester and transferred to Leeds where Emilie needed to under go many transplant assessments and also a lung resection to remove cancer from her lung. This was a huge successes and just five days later we were given the news that she could return home and would be placed on the organ transplant list.

Within only 24 hours we received a call to say that an amazing family who were dealing with the loss of a loved one had agreed to donate their organs, with the liver hopefully being a suitable match for Emilie.

The next day Emilie spent 11 hours in theatre undergoing her transplant and we will never be able to thank her donor’s family enough for the most precious gift we have ever been given.

Emilie recovered extremely well and after just three weeks we were able to be transferred back to Manchester to continue with the final three rounds of chemotherapy. During this time, we were able to spend a number of nights at home but needed daily bloods and regular transfusions due to the effects of the chemo. Emilie completed her final chemotherapy over Easter 2013 but unfortunately due to a number of serious infections and broken bones she had to remain in hospital for a further 8 weeks. 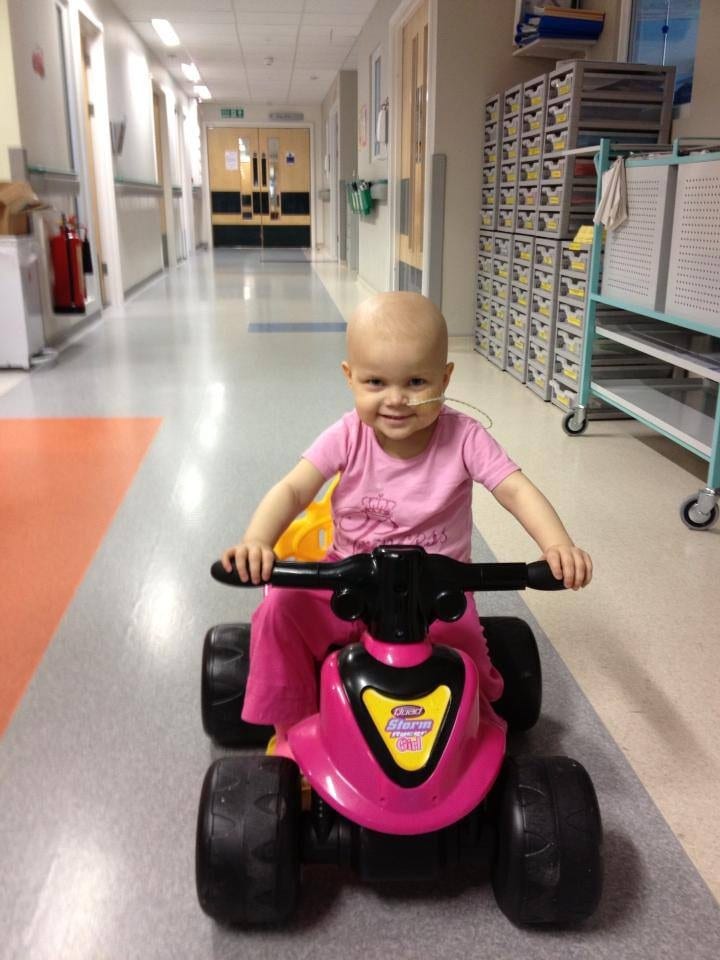 Through out her treatment, despite being so poorly, so sick with the side effects from the the chemotherapy, she remained a very happy, chatty and sociable character, something she remains being today.

Although chemotherapy is over Emilie still has a number of daily hurdles due to the effects of the treatment she underwent. She has lost some of her hearing so wears hearing aids, she has a number of gastro issues and food intolerances, she still doesn’t have the strength and stamina that other children do either. Emilie has to take a number of daily immunosuppressant’s to prevent her liver from rejecting, but this is medication which reduces her ability to fight of infections and she therefore catches bugs and germs very easily. 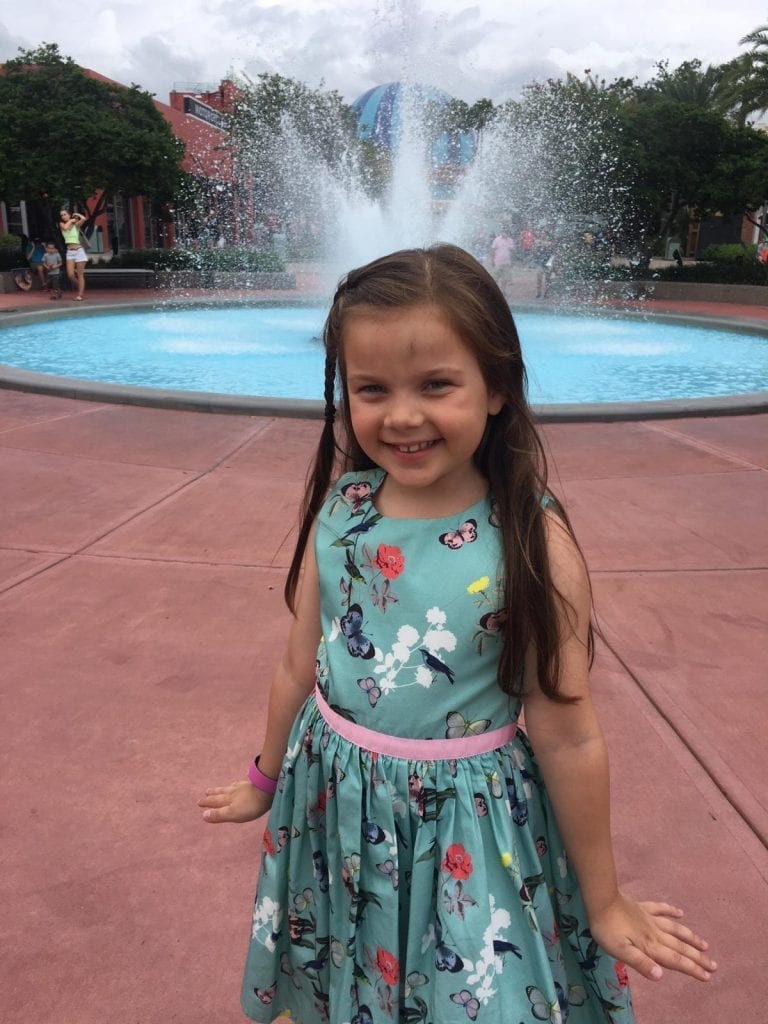 Despite having these hurdles Emilie doesn’t let it get get in her way and although she was so young she can clearly recall what she went through. She does have days where she askes questions that we can’t give her answers to, and has had times where she has referred to dying which is just heart breaking to hear. Emilie is one of the most caring, empathetic child I know and when asked what she would like to wish for her response is always ‘for all poorly children to get better’ especially those battling cancer.