Since 2018, The Grill on New York Street Manchester have been raising money to fund vital childhood cancer research, and we are delighted to announce that they have chosen to continue their support throughout 2019!

To date the restaurant has raised almost £3,000 for Kidscan – enough to fund over 300 hours of vital research!

To achieve this phenomenal total – The Grill on New York Street have been bringing together some of the North West’s biggest business professionals at their quarterly networking lunch. 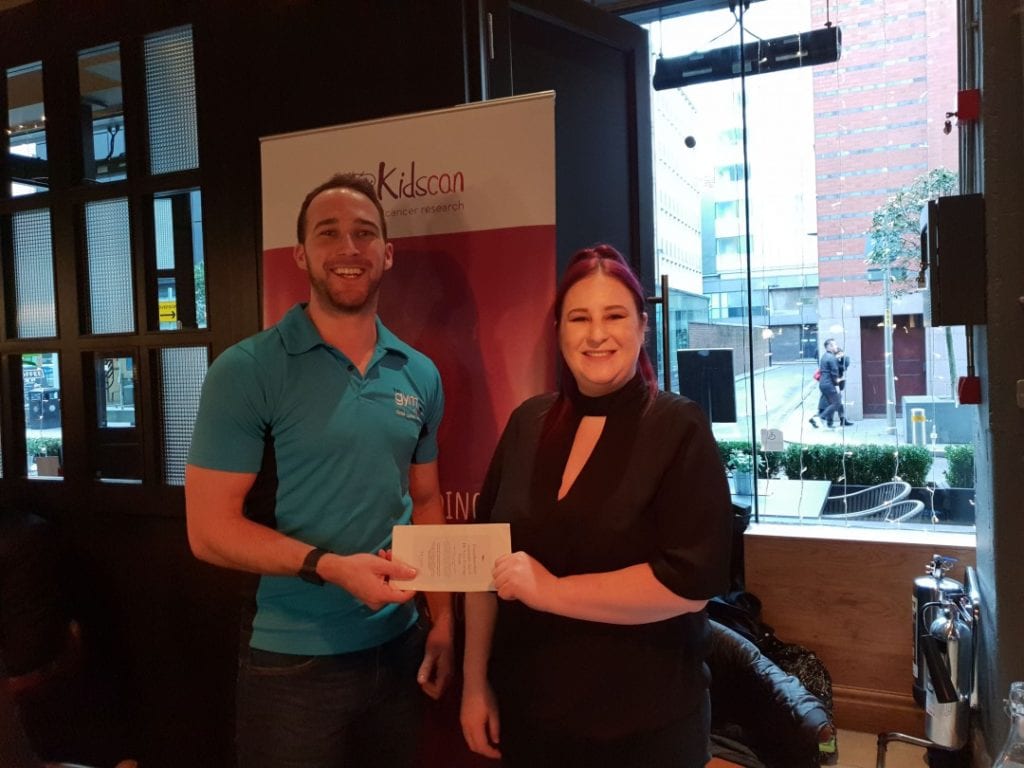 In addition to the fantastic networking events, The Grill on New York Street chose Kidscan to by the recipients of their Christmas fundraising appeal. By asking their customers to add just £1 onto their food bill during Christmas, the restaurant managed to rais ean incredible £2,399!

And their support doesn’t stop there! Following the success of their two campaigns, The Grill On New York Street have announced two more networking lunches in aid of Kidscan this year! On the 13 16th of May and 19th September, the Grill will once again open it’s doors to Manchester’s’ business network to raise money for Kidscan.

Kidscan’s Marketing Manager Kirsty commented “We are astounded by the support that The Grill on New York Street have given the charity over the last year, and to hear they are continuing their support is fantastic”

“It isn’t just the donations that mean so much to us – but it’s also the opportunity that networking events have given us to increase the awareness of childhood cancer to people across Manchester.”

To reserve your place on the next networking event visit: kidscan.org.uk/Grill

We are super excited to announce that you can now support us via Sustainably, the app that...

Kidscan Children’s Cancer Research is pleased to announce that Jiggy Wrigglers have chosen Kidscan as their charity...