On the 12th of February the Lord-Lieutenant of Greater Manchester, Sir Warren Smith KCVO JP DLtt becomes Kidscan’s first Patron. In honour of our first patron, Sir Warren unveiled a plaque to represent his continued support for Kidscan. 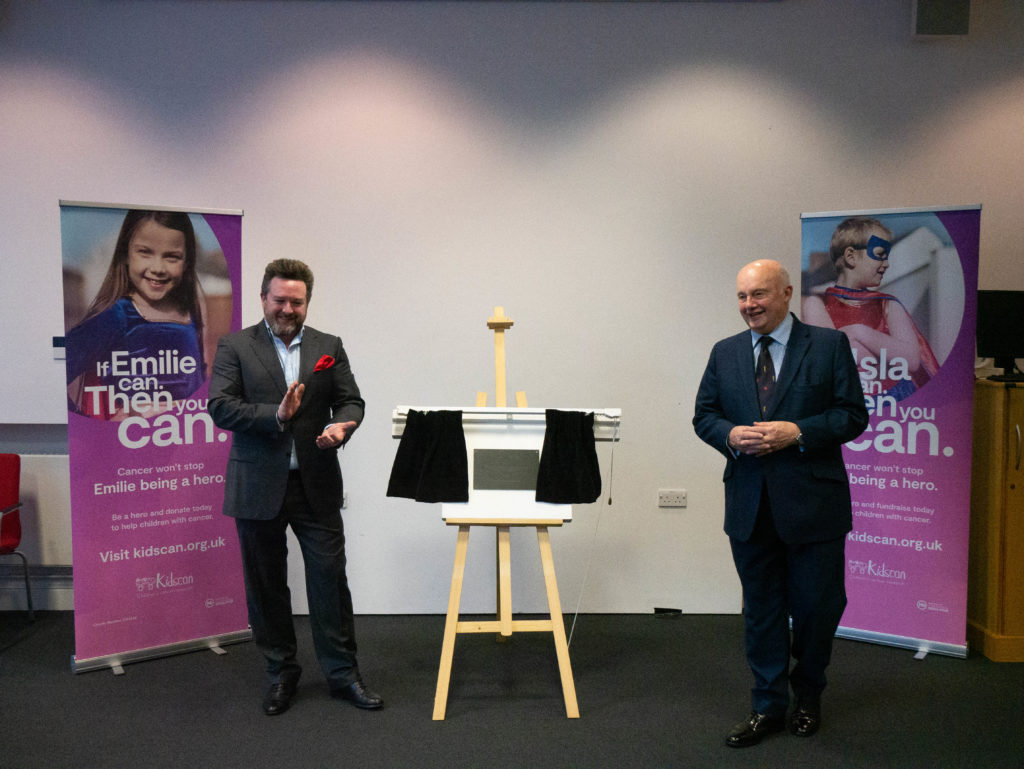 Last year His Royal Highness, Prince Edward, The Earl of Wessex KG GCVO was accompanied by the Lord-Lieutenant of Greater Manchester Sir Warren J. Smith KStJ JP and was shown the research laboratories and met with staff, volunteers and Kidscan’s young ambassador.

“Sir Warren spoke of his delight in becoming Principal Patron of Kidscan Children’s Cancer Research Charity and spoke of the need to fund essential research as well as assist in the funding of PhD students who wish to help Kidscan in the breakthrough of treating cancers affecting children, and by doing so, enable more children to thrive into adulthood without the trauma and disabilities that presently surround treatment of childhood cancers.”

We are especially humbled by Sir Warren’s kind words and the keen interest that he has already shown in supporting us, during His Royal Highness’, Prince Edward, the Earl of Wessex, Earl of Forfar KG, GCVO, CD, ADC, to Kidscan Children’s Cancer Research last year and Sir Warren’s continued support, through raising awareness of the vital, dedicated children’s cancer research, that Kidscan supports, ensuring that young people not only survive cancer but thrive after it.” 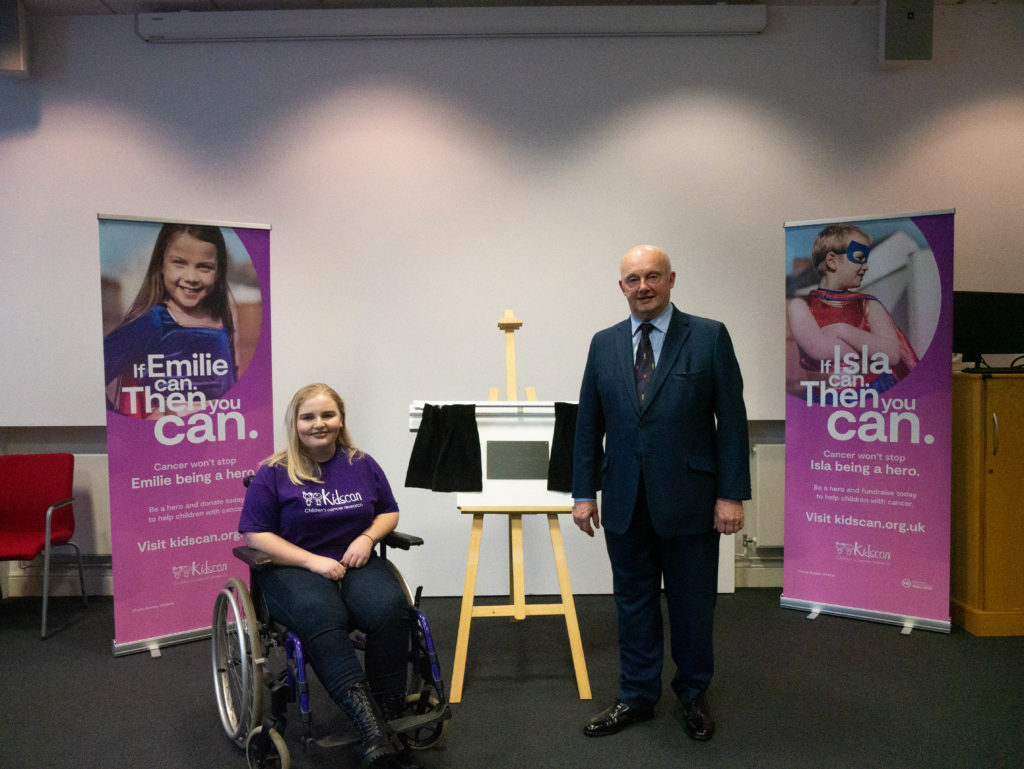 Everyone at the event had the chance to meet and speak to Sir Warren Smith including a young ambassador, Charlotte Jennings, members of the team and our amazing volunteers, Esperanza & Beverley.