In Memory of Logan Gallagher 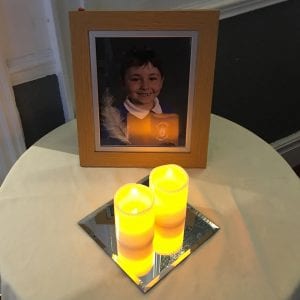 Friends and family of a schoolboy who lost his life to cancer have raised a fantastic amount of money for Kidscan in his memory.

Lee received phenomenal support from friends, family and local business who all donated raffle, tombola and auction prizes including a signed Wigan Rugby Shirt, which has helped to raise over £2,000 already.

There was plenty to get involved in for all ages, including a donated sweet cart, performances from a local dance school and even Spiderman made an appearance to entertain the guests.

“The fundraising night for Kidscan had an amazing turn out, we are so grateful for everyone who came and supported the cause. Especially to Donna and Alex, my Mum and her partner Joe, my partner Will and his sister Julie for doing so much on the night, to my neighbour Lisa and cousin Sophie and everyone who’s taken time and effort supporting the event” said Lee the event organiser. 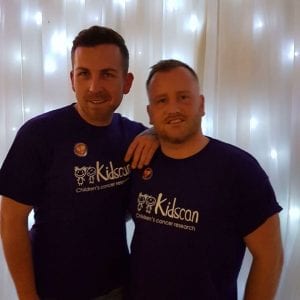 In addition to Lee’s efforts, Mark Morgan-Hillam, a teacher at Logan’s school, also ran the Robin Hood 100 Mile Race in Nottingham, raising more than double his target of £500.

“We always want to keep Logan’s memory alive in whatever way we can, and if we can do this by using his name to raise money for charities then we will continue to do so” said Lee.

Together the efforts have raised a phenomenal £3,000 to date. With funds still being counted and the potential of an additional £1,500 to come from match funding from a local company, the total is set to be a fantastic figure which will go towards research to find new, safe treatments for children with cancer.

If you would like to donate towards this fantastic cause, Mark Morgan-Hillam’s Just Giving page is still live: