The Alchemist Media City raises over £3,600 for Kidscan!

Everyone knows that for restaurants and bars, Christmas can be one of the busiest times of the year, but that didn’t stop The Alchemist Media City from taking the time to raise money for Kidscan by encouraging all it’s festive customers to add a £1 donation to their food bill. 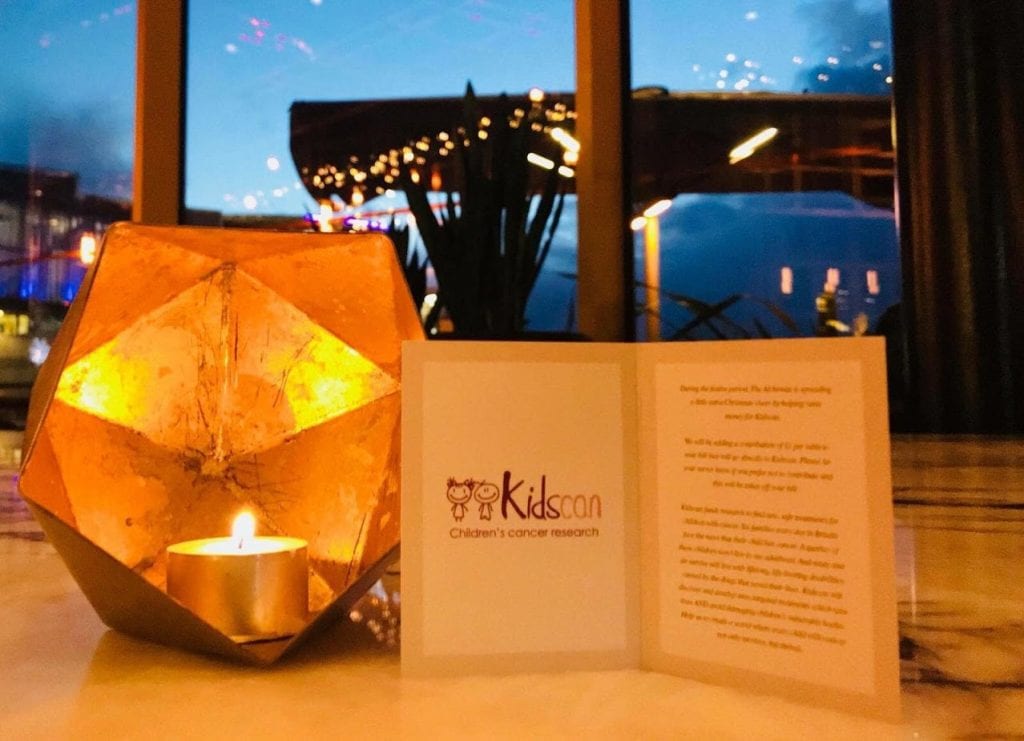 To help the team prepare, Kidscan Ambassador Charlotte visited The Alchemist to talk about Kidscan and the issues surrounding children’s cancer. After an emotional talk from Charlotte, the team at the Alchemist were presented their very own Kidscan wristbands as a little thank you for choosing Kidscan! 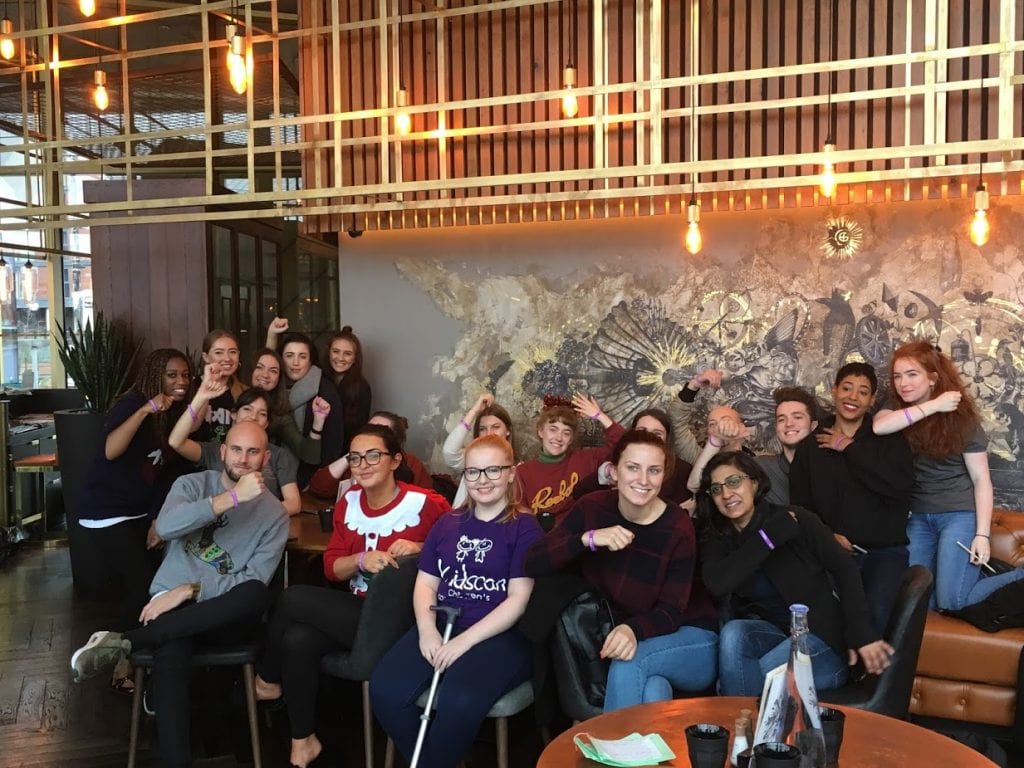 In aid of the launch we also visited The Alchemist to create our very own Chemistree to promote the partnership! Built with science equipment and clamps from The University of Salford, and filled with some of The Alchemists most sciency cocktails including the Smokey Old Fashioned, The Mad Hatters and The Lightbulb Moment. Our Chemistree even had its very own star to top it all off… The impressive “Bubble Bath”! 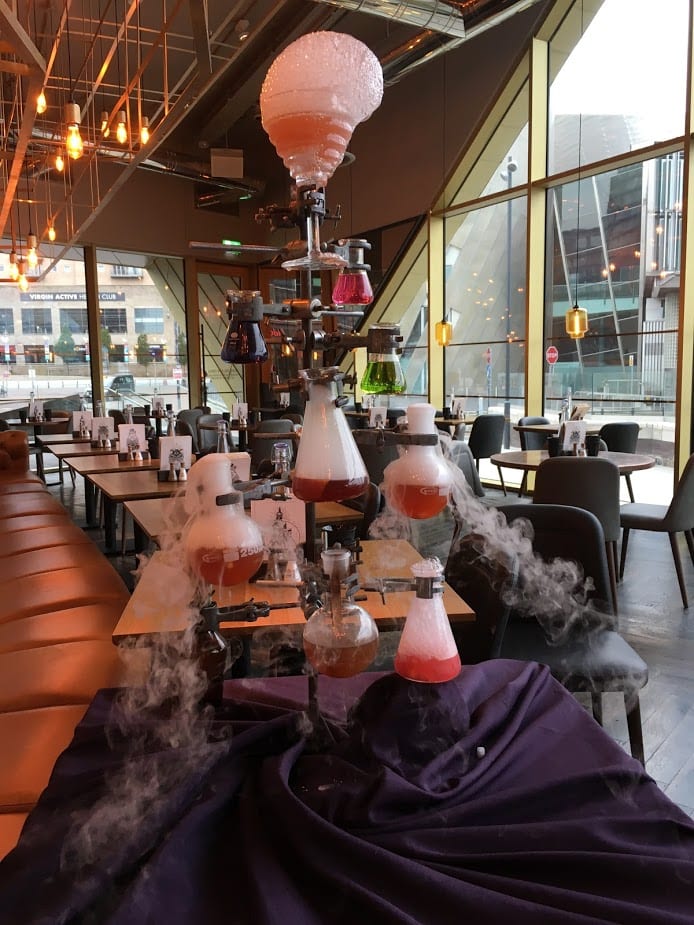 Spurred on by Charlotte’s talk and with a huge amount of dedication, the staff at The Alchemist managed to raise over £3,600 for Kidscan! Not only an impressive amount, but it was also the highest amount raised for charity across each of The Alchemists in Manchester!