Rare Disease Day takes place on the last day of February each year and is dedicated to raising awareness of the 6000 rare diseases that will affect 1 in 20 people at some point in their lives. But how does this relate to childhood cancer? 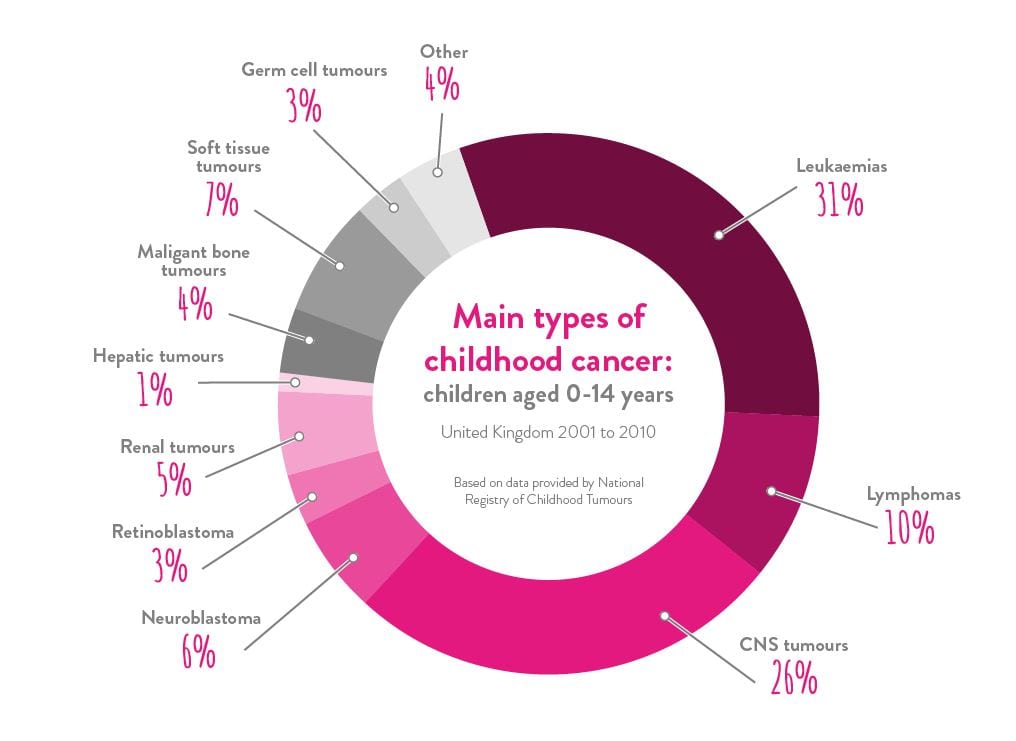 A disease or disorder is classed as rare in Europe if it affects fewer than 1 in 2000 people1  and as many types of childhood cancers effect fewer people than this they are classed as rare diseases. But childhood cancer isn’t just about numbers, it is a real issue that can cause many problems for the patients and families that are diagnosed.

Problems with Diagnosis
The characteristics of a rare disease, not only vary by disease but also from patient to patient.  Cancer occur due to particular mutations, or changes, within a cells DNA and these mutations can vary per patient. Yet cancers types are defined by the type of cell where the cancer starts rather than the mutations that drive it to grow and spread. This means that even if a child is diagnosed with sarcoma for example, their sarcoma may be different to that found in another patient, presenting different patterns of DNA mutations, symptoms and challenges.

This can lead to many issues related to initial diagnosis, including:

Because rare diseases are so rare – it is not uncommon for a GP to have never seen a similar case before. In fact many of the most worrying symptoms of children’s cancer are fairly common and are mimicked in many routine and less harmful conditions.

Because childrens cancers are so rare, the general public don’t often hear of them, so the subtle symptoms and warning signs can go unnoticed.

These issues can lead to difficulty diagnosing a patient. Many children will be diagnosed late or will go through many incorrect diagnoses before cancer is confirmed. For example a child with Leukeamia may present with tiredness, weakness, dizziness, pale skin and headaches – symptoms which can also be explained by a viral infection.

Problems with treating orphan diseases
Rare diseases, are also commonly known as “orphan diseases” because they often get overlooked or “orphaned” by researchers, professionals and pharmaceutical companies because of the lack of financial incentive to fight them. This  has lead to a lack of  currently available treatments, and makes it hard to get new ones developed.

When the two problems combine.
With a lack of knowledge in the sector leading to late diagnosis, and a lack of incentive to develop new treatments. It is not uncommon for  specific treatments to be scarce for children’s cancers.  The need to treat children with cancer means that many chemotherapies originally designed for more common adult cancers are used as alternatives. These diluted down adult treatments often cause lifelong side-effects because they are not fit for purpose, or in the worst case are ultimately unsuccessful in treating the patient.

When a professional encounters a rare cancer, and doesn’t know which chemotherapy will work, it isn’t uncommon for the professionals to use a “recipe book” approach – chemotherapy drugs are the ingredients and the recipes are the treatment protocols selected for a patient.  Unfortunately , for many rare children’s cancer the current recipe book doesn’t contain many pages.

What can be done?
They key to solving these issues, always starts with awareness. The more people know about childhood cancer and other rare diseases, the more likely it is that they are diagnosed earlier and the attention they deserve is given to them.