Who I Am and My Experience By Coleen Quinn

My world was amazing, I was a skater and enjoyed extreme sports, water skiing, and rollerblading. When I wasn’t in school, or in Manchester on urbis/Piccadilly gardens mingling with people like me, the world was my oyster, I was the happiest girl alive.

I had always had ‘growing’ pains in my knees and migraines but other than that I was healthy. I’d began practice for a school production, and was taking choir as well so I was very busy, as well as drama out of school, singing lessons and playing the flute in a band. My family always nurtured my talents and would give me what they could.

I don’t really remember how it happened or when exactly, but after a skating injury my Right leg was sore and didn’t seem to get any better. I noticed a swelling but didn’t think much of it. As the days went by I began to be less and less able to use my leg, it was hot all the time and I had restricted movement. I was getting tired, although my life’s routine hadn’t changed. Why was I not coping, something didn’t feel right, I’ve never been ill so it wasn’t even a thought. Days turned to weeks, weeks turned to months. After a while I had given all my extra curricular activities up through feeling tired, and had school phoning home because I was unable to stay awake in lessons (In fact I think I slept in every class). I felt like I was in a bubble life rushing past me as I started to slow.

By this time my Mum and Grandma started to get very worried. I was having to skip PE (with a sick note although the teacher called me a liar and lazy), and couldn’t even do my part in the school production as I couldn’t bend down on my knee. I was dragged to the doctors several times and was told it was either; Too much/too little exercise, drugs, drink, growing pains. I had a doctor push me down by my shoulders into a crouched position, forcing a scream of agony out of me.

By this time we were all getting worried I had lost loads of weight and was having night fevers ( Not The BEEGEE’s type). One day my Dad had an appointment with a Dr and told me to go hospital instead. I couldn’t believe it for the first time someone listened, and I was sent for an x-ray and bloods. After the tests, my life carried on for a couple of days, but I really started to spiral downwards, I had to get painkillers (tramadol) which as I recall just made me high. I made friends with a beautiful nurse with brown long hair and soft face (a hallucination) who I swear I believed was real.

Then tomorrows mystery became history with one phone call, to tell us I had shadows on my X-ray and I need to see the consultant the following Monday.

This was the day our lives took a different course and changed forever. From that day Today really was a gift!!!!

I endured a strict and aggressive chemo regimen which made my hair fall out pretty much instantly, as well as making me weak and ill. This only got worse, I could do nothing for myself, I couldn’t eat, drink, go to the toilet alone or wash alone. I used to shower sat down, the when I got out my mum had hot towels and I would collapse asleep on the floor. I had to have 3 cycles before my big surgery. Then in August 2003 I was taken to Birmingham Royal Orthopeadic hospital.

My surgery was described as limb salvage and when it was explained to me I was told they might not be able to save the leg. I had to consent to and operation that I could end up an amputee from. That was one of the scariest times of my life, I may wake up with no leg. But I guess life is more important than a leg????

After 8 hours I woke up to my Mum saying wiggle your toes. MY TOES! My leg was saved! And better still I was lovely and warm under a blanket that was heated by what can only be described as a hair dryer. I made it and my whole family were there as well.

From here on out I had to continue with the dreaded chemo to blast any fly away cells from causing anymore trouble. However I had to complete treatment early due to a mini stroke, which was scary to say the least. But there is no lasting damage from it.

I guess what I take away from my experience as an advocate and ambassador is that the chemotherapy given to children is so so toxic, in fact most chemotherapy regimens are meant for adults and adjusted slightly. There is no excuse for this, however Kidscan are the only charity that are dedicated to designing gentler therapies for children, and therapies that target CANCER cells and not healthy cells to. It’s the damage done to the healthy cells that is the problem.

I have many late effects including:

The only plausible way to decrease late effects and increase QUALITY OF LIFE and ensure survivors are THRIVING new treatments are needed…and Kidscan with support from donors are the ones who can achieve this goal.

Thanks for reading this post and I will blog more about my survivorship soon. 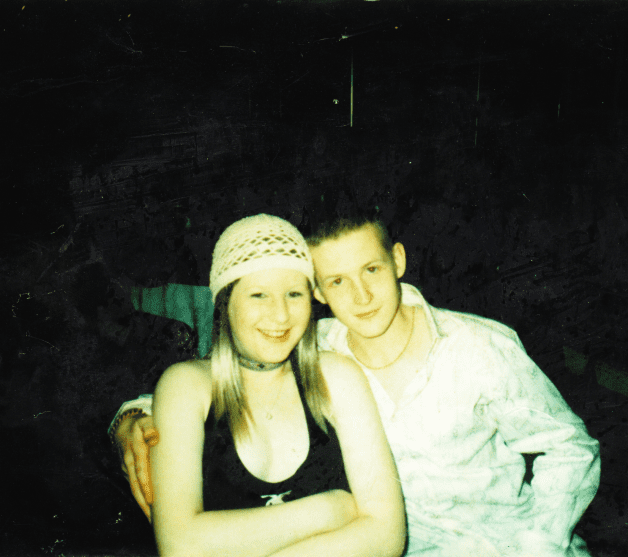 During my treatment in 2003 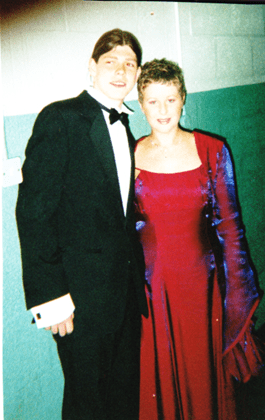 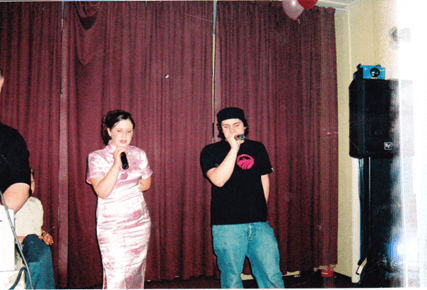 On my 18th couldn’t believe I made it, this was the day I realised my potential, and that I had Kicked cancers behind well and truly 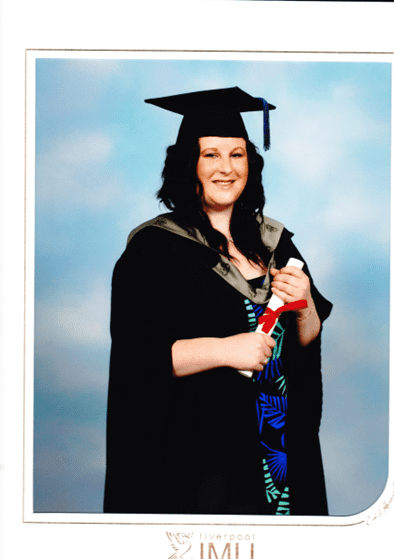 2010- Graduated from Liverpool John Moore’s university with a Degree in Applied Psychology, my dream is no well on its way!

My ultimate dream is to become a Health Psychologist and improve care received by children, teenage and young adult cancer patients/survivors.