A brave 15 year old from Gatley has been appointed ambassador of children’s cancer research charity, Kidscan, after spending years battling a rare form of the disease.

Charlotte Jennings, a pupil at Kingsway School, was diagnosed with an aggressive form of Acute Myeloid Leukaemia at the age of 11. When her first round of chemotherapy failed, Charlotte had to take a second round of the treatment, which caused terrible side effects including leaking kidneys. She eventually needed a bone marrow transplant, taking a dosage of steroids usually given to a grown man.

Now cancer-free, courageous Charlotte wants to help Kidscan to discover effective, gentle childhood cancer treatments that will help sufferers to avoid harsh side effects associated with current adult treatments. Due to the severity of her treatment, Charlotte will eventually need new knees, ankles and wrists. 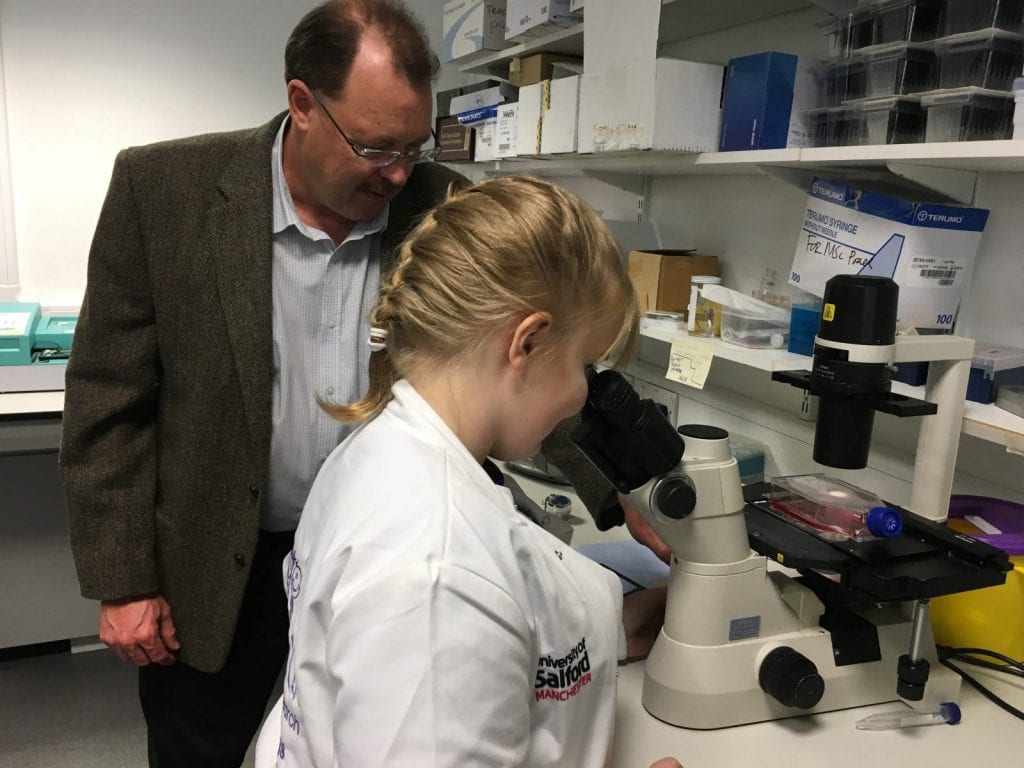 Ged Carter, director of development at Salford-based Kidscan, said: “Despite everything she has been through, Charlotte’s positivity and commitment to helping others has never wavered. We are truly honoured to have her as our ambassador.”

“It’s time that children not only survive cancer, but can live healthy, happy lives that aren’t marred by the side effects of harsh treatments. We will work with our supporters to make this happen.” 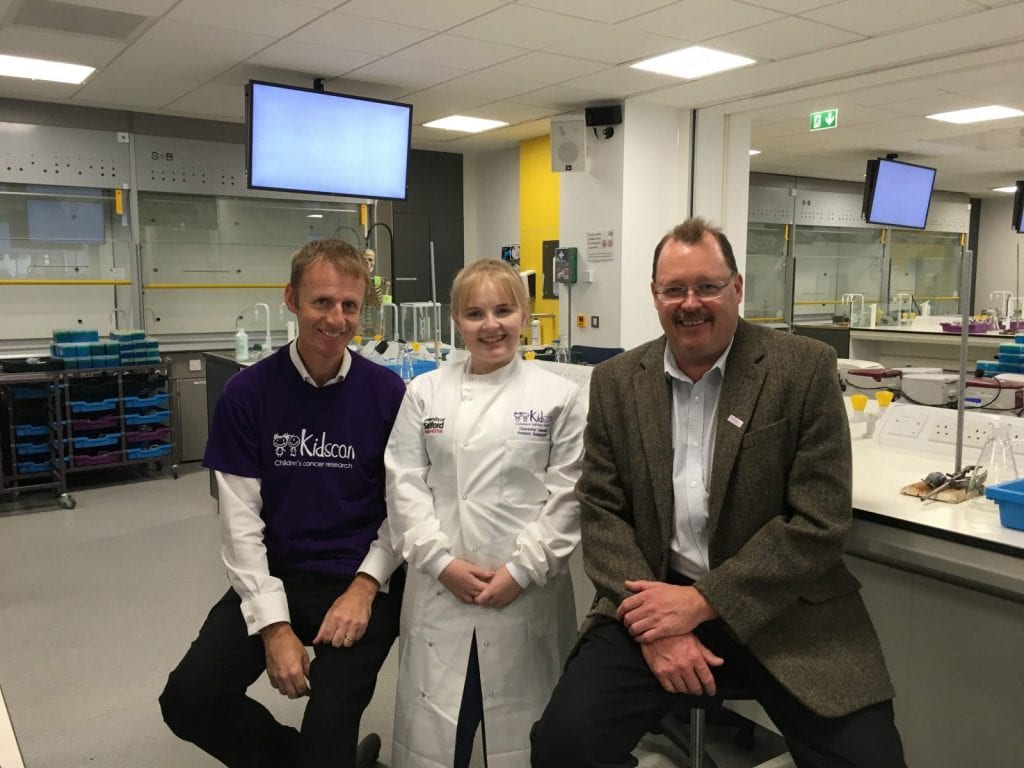 To celebrate being named an ambassador Charlotte joined Kidscan at the labs based at Salford University, where she was given a guided tour by Scientific Director Dr. Dave Pye. Charlotte was also presented with her very own Kidscan Labcoat. 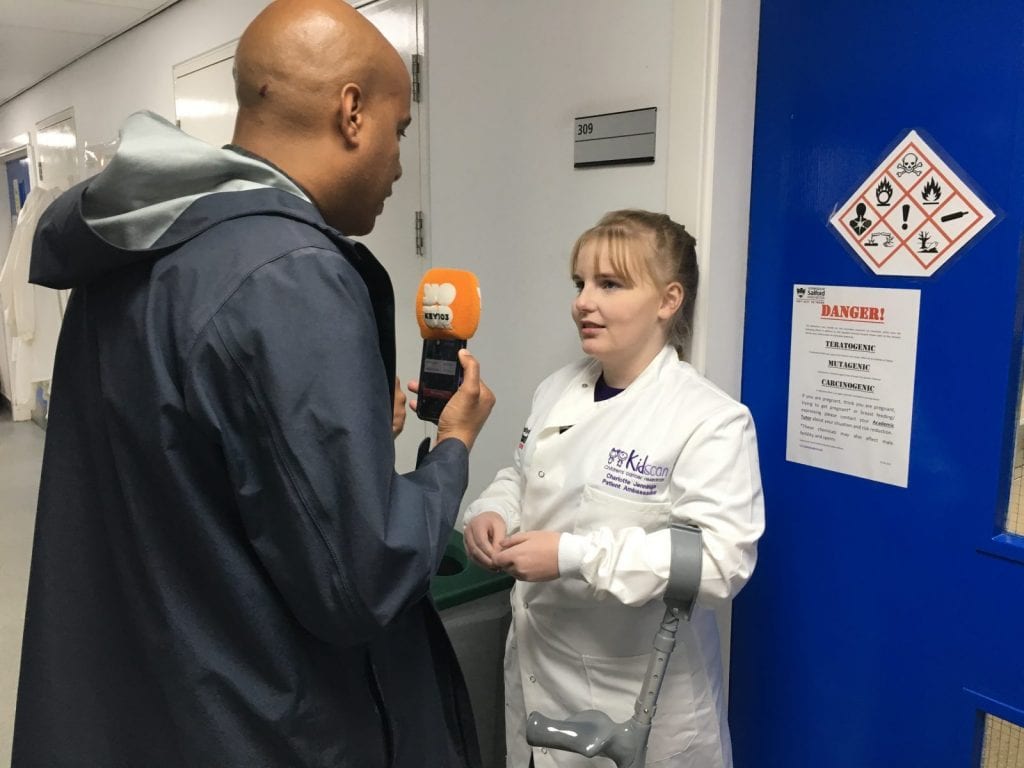 After he first interview as Kidscan Ambassador with Key 103, Charlotte Jennings commented: “I am delighted to help Kidscan and help give something back. I am fortunate as I have survived and look at all opportunities life as to offer as a bonus. We need to find funding to give other kids the chance that they deserve to combat this awful disease.”