We were proud to welcome Kidscan’s Brand Ambassador Lee Mossop on a tour of our laboratories at Salford University.

Dr Pye led the tour through the newly refurbished and extended laboratories used by Kidscan funded researchers at the university, taking Lee through the many stages and some of the equipment used as they work on finding more effective and safer treatments for childhood cancer.

“I had a fantastic time visiting the Kidscan labs and meeting the head professor there. It really opened my eyes about the fantastic work this charity is doing and how important funding is for this great cause” Lee Mossop 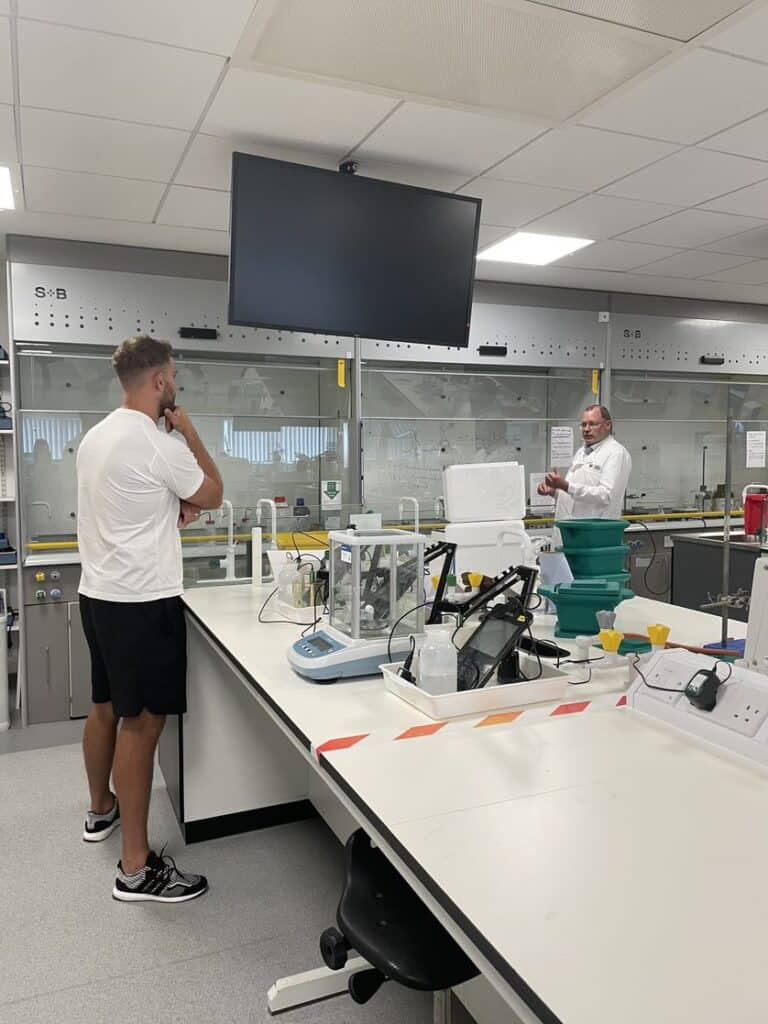 Lee spoke at length to Dr Pye, asking lots of questions about the research and also about existing treatments that are available now, how they work and may be improved:

“It was a very enjoyable tour round the Kidscan Labs with Salford Red Devils’ Lee Mossop, who clearly already had considerable knowledge of the need for charitable fundraising to support both treatment and research for childhood cancer. Lee discussed many timely issues with us as we looked around some of the newly refurbished research laboratories at the University of Salford. Its great to have such passionate and enthusiastic supporters of Kidscan like Lee to show around our facilities” Dr David Pye, Kidscan’s Scientific Director

Another VIP on the lab tour was Kidscan Ambassador Coleen, she was 14 years old when she was diagnosed with osteosarcoma or bone cancer. Her treatment involved chemotherapy and extensive leg surgery but Coleen was given adult strength drugs to treat her cancer because no alternatives existed. This has led to life altering late effects as she’s grown older including fatigue, pain, mobility and heart problems. 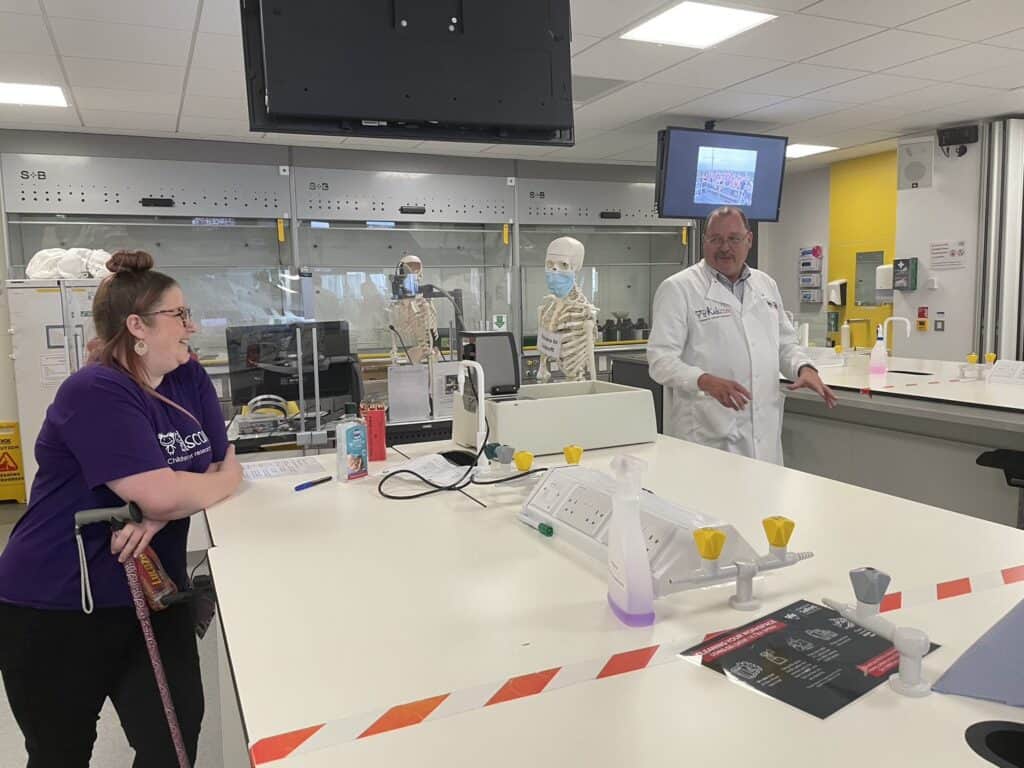 Coleen was able to talk to Lee about her experiences with childhood cancer and the impact that treatments have had on her. She also explained that from her perspective, people get excited when new cancer treatments become available but it can be scary thinking what late-effects they may have.

“I had a great time walking round the Kidscan labs with Lee. It’s always a strange feeling when you can see on people’s faces, the shocking realisation of why Kidscan do what they do and how. When they understand the magnitude of the issue facing children who survive and are suffering with late effects because of the chemotherapy drugs.
The magic of the lab tour lies in Dr Pye’s passion and expertise and I always walk away from a lab tour filled with hope, that with Dr Pye at the helm, there is a positive future for children fighting cancer.” Coleen, Kidscan Ambassador and childhood cancer survivor.

Lee, a former England International and captain of the RFL Salford Red Devils, has chosen to support Kidscan as one of three charities to benefit from his testimonial year. His fundraising plans include a golf day, a testimonial rugby match with a one-off personal kit design, plus a celebratory testimonial dinner on 28th August. 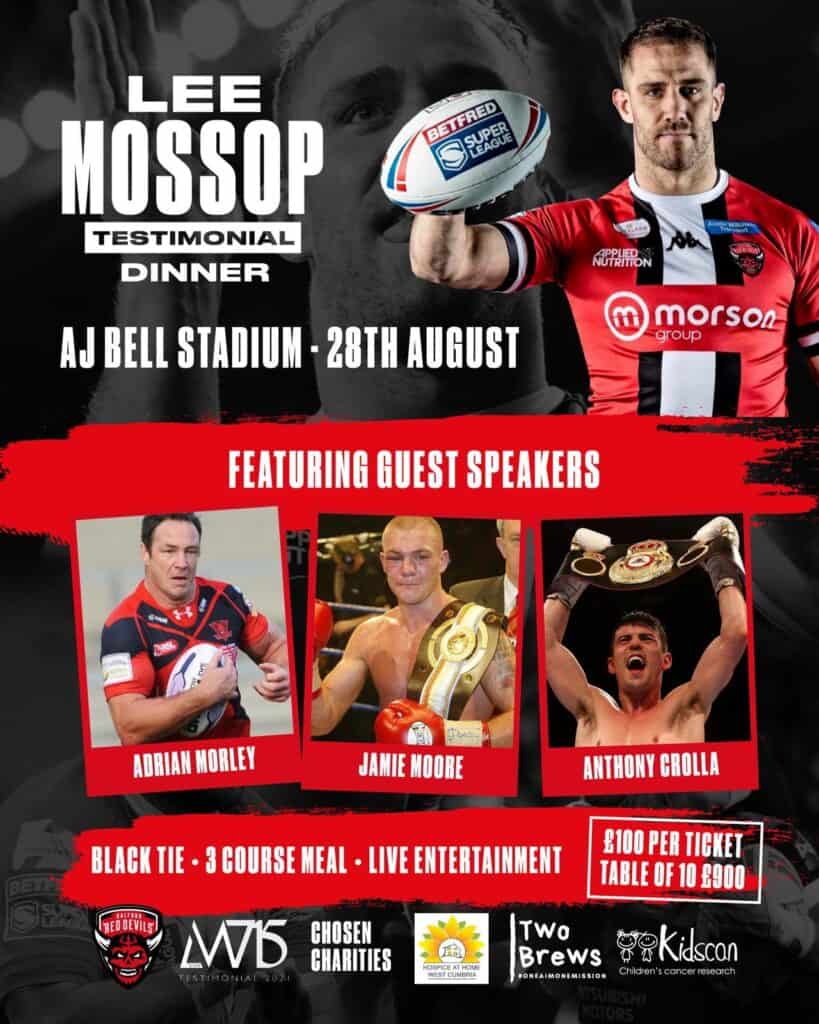